“When the rich wage war, its the poor who die”

In the Syrian nightmare, which has started in March 2011, there is none who is safe from suffering but the levels of destruction are different. However, the pain is the same, no matter who is who.  Someone supports the current regime of Bashar al-Assad, someone eventually finds the sympathies for Sunnis rebellion or even gives silent support to Islamic extremism by itself, but everyone is touched by that war with no end. Everyone felt the consequences of unleashed hatred, everyone got  the last tattoo of one broken, demolished and dying country. 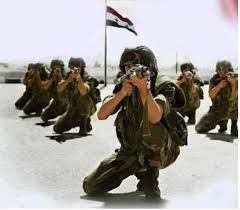 Syria. It was the pearl of the Middle East. I remember how I was making plans to visit beautiful Damascus and to make some unforgettable memories in Palmyra. Now, it seems like I was living that dream in some another space and time so I just can imagine how people of Syria have experienced their own hell.  All of them. Muslims, Christians, Yazidis, many followers of some exotic sects, free philosophers and agnostics. Simply people from flesh and blood. Under one God.

Among many of tormented by this cruel hurricane of war, Alawites are usually mentioned in the  media as the people protected by Mr. Assad personally. In the competition of propaganda from many sides, the exchange of information and misinformation become the tragic opera. The journalist’s ethic  was trade for  dollars on the bank  accounts as well as the absence of  human’s feeling for another people destinies. This risk hit the Alawites too and labelled them as Syrian regime shooting bullet.Who they are? What is behind the interest of the Syrian president to protect Alawites, if there is any? What will happen with them after the regime is finally ended? They are Alawites, people of some kind of hybrid Islam, endangered by everyone and for everything they believe in. For a comparison,  the Islamic State consider the Yazidis as infidels but they consider the Alawites as the worst enemies, heretical groups and schismatics  so  the anger and hatred towards this group goes deeply into the veins of radical Sunni for years  before the  real war has been started.

are defined as an Islamic sect which is located in Syria, known for its specific belief of following the Twelver school of Shi’a Islam but mixed up with some additional elements what could be also  understood as heretical by main stream Islam. They believe that Imam Ali, who is also the central figure of Shi’a Islam and the cousin of the Prophet Mohammed, was  an incarnation of God, who revealed himself in 6  people before Ali’s seventh-century caliphate.The name Alawi means that they are following Ali but there are evidences of another name  “Nusayris“, what was connected with the person who founded this sect, Mohammed ibn Nusayr during the 9th century and it is interesting to see possible  relation with Christianity as it states :“Nusayrism is also cyclical. Nusayris believe that there have been seven times that God manifested in seven different trinities. The first was of Abel, Adam and Gabriel; the last in Ali, Muhammad and Salman. In all, the meanings, or manifestations, of God seem to be subordinate figures while the name/veil appear to be superior ones: Jesus is the name but God manifestation is actually Simon Peter; Muhammad is the name but God is manifested through Ali.With this trinity concept, it is tempting to conclude that Nusayrism derives from Christianity. Nusayriyya is similar to Nasara, which means ‘Christian’ in Arabic. Some scholars and observers have even accused  Alawism of being a secret Christian proclivity because Alawites celebrate some Christian holidays and honor many Christian saints. In 1903, Jesuit scholar Henri Lammens believed that Nusayris were actually lost Christians.” They present from 10% to 15%  of Syria’s population  and they could be also detected in Turkey, Northern Lebanon and Israel. 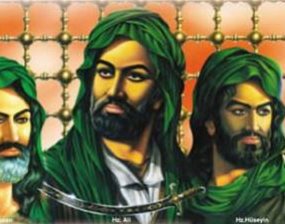 It is more than interesting to keep in mind that Alawites try to keep their religion and its rituals hidden from the outsiders, so that even more brings the tabloid mood and sensational rumors about this community. In one moment, reading or talking about Alawites was something like attempt of unveiling of the secret society with secret cult. I would rather say it is an exotic religious cocktail than secret cult but there is a mystery over this practice which combines the syncretic ingredients not only from Abraham’s main religions but also from pre-date Islam Gnosticism’s cosmogonies, Manichaeism, Zoroastrianism, Phoenician paganism and Mazdakism. It is enough shocking to mention that Alawites believe in the concept of transmigration of the soul and that each soul is a star so the sins must be repaid through the reincarnation. They also make the changes in the prayers rite and they consider them as 5 members of holy family. Among the holy family members is also Fatima (the Prophet Mohammed’s daughter) which is surprising for this form of Islam to praise the woman. Ramadan is taken as a chance to abstain from speech rather than from food. Their deep codex and believes is still under many  scientifically approaches  therefore it is almost impossible for someone outside the secret circle to obtain the inner knowledge and the meaning of the religion. For others who would help “outer world” to get to know them better it is recommended to use kitman and taqiyya as the allowed forms of religious deceptions for the purpose of survival in the dangerous zone. There are experts who come out with the claims that the  Alawites have something known as  “chameleon-like capacity”:“In this hostile environment, Nusayris practiced taqiyya, allowing them to act as if they were Sunnis. For Nusayris, the ‘body’ is not corrupted or affected by putting on the ‘clothing’ of other sects. Jihad then implies a struggle to conceal the secrets of Nusayrism from unbelievers. It is a chameleon-like capacity to flex their practices in a manner that complies with their religion and allows them to survive in the face of oppression. Thus pragmatism became a Nusayri trait as they adapted to changing powers. When Crusaders raged through the region with massacres, Nusayris emphasized their Christian-like aspects and were spared from genocide. Under Sunni Ottomans, Nusayris accepted that mosques would be built with a Sunni Hanafi formula of prayer.” With the perfect adjustment features, this sect survived many years of terror and oppression and remained loyal to its crucial religious platforms.

Despite that, the Alawites are one unique religious group and their position in Syrian social and political layers is disputable for a long period of time because their privileged  place under Bashar’s rule hasn’t been always without victims and bloody payments.Their long journey from hidden sects to the ruling positions was full of thorns. Per aspera ad astra. Back in history, they were enough smart to use the French mandate and its opened doors for forming the future Syrian army so many Alawites, as the welcomed minorities, joined the army. Arab nationalists believed that army was made for poor and expelled so they weren’t bothered to follow the trend of minorities. Many years after, the Alawites got the whole army and they could have started their political ideology and forming it through  the official structure and not being afraid anymore of accusations for sectarian aura.  Hafez al-Assad came to power in 1970, he married a Sunni woman and started something like a Sunnification. His previous name was Wahsh (wild beast)  and he changed into Assad (lion). It was all made for purpose of islamization because the secret group finally exposed itself and get from the shadows into the public. When you are in the public, you share the good and bad times of that public. The same was with Alawites who didn’t want or didn’t choose the power of Assad family but they had to follow it and to pretend that their chameleon-strategy wont fail one day. The mistakes of the ruling family was paid by the sacrifice of all Alawites. Many of them are soldiers and according to media reports, they were the challenge for ISIL to get them and kill them all : “Every Alawite killed is one Alawite killed because of Assad” Behind the emotional explanations that young Assad is keeping this sect alive and protected is a political manner, greed for holding a power which is a typical for many leaders in closed societies. The line between this family and its Alawite’s roots is broken long time ago. Many Alawites were removed from good positions and replaced with those who have nothing what they believe in but the pure power. When it comes to the price, they are paying it even double. They will be always considered as supporters of Assad’s regime  , often presented as very brutal. None is digging what is in or who is in the hole. So many young Alawites were died just because they were soldiers and soldiers were supposed to defend the state. Their wives and mothers are telling the scariest stories about the ways they were tortured and finally killed.

People who see others like shining stars are in the darkness of its own fear. They are lost in any case.They are afraid to leave Assad because of his revenge but they know that Islamists will not forgive their loyalty to the regime. All they hope for is the final end of the war, by some miracle, and separation of Syria into the chunks . That way, the possible Alawite’s region could be the  northwestern Syrian province of Idlib but it also depends on the global dynamic of separation of Syria. It is sad seeing how many foreign actors are performing they are interested in Syrian’s people future but they do nothing but destroy more and more, leaving ghost towns in country which was a desert rose, debt-free under Assad and with growing economy by every year. Syria was also the last secular Muslim state, with the massive oil and gas reserves, ensured national Central bank, as well as ensured political, religious and social diversity. It is interesting to note that Assad’s regime banned GMO and Monsanto seeds to preserve the human health. Many things are coming on the table of global politics when it comes to Syria. Many selfish interests and geopolitical plans. We all know that there is no mercy or sympathy in international relations and especially when it comes to the spherical zones and hunting on secret treasures.

Syria’s endless drama is linked to many aspects. All of them are opening the blurring picture of the new world which has no space and no  feeling for those who are not made  to be clones. The world we are entering in is a Matrix world, every unique attribute will be punished and removed, soon or later.

The Alawites and the other  people of Syria are just the collateral damage of the  high politics. Like all of us who have been, who are or who will be in the future.The cruel but faceless world. Our new world.