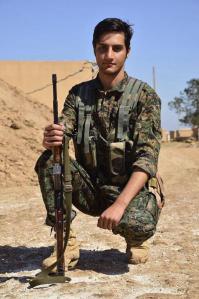 Aryel didn’t like V For Vendetta. We were all crouched together in front of the laptop in the smallest room of the trailer, in our camp in the middle of the wheat fields which until a few days ago, when his group had arrived, had been covered with snow.

Aryel didn’t understand all of the movie because his English wasn’t the best but he came to me, who had suggested to watch it, and asked me why I did. There is no such repression in England, he said. You Europeans have gotten so used to freedom that you don’t even value it any more, he said. I found his critique unfair because isn’t V For Vendetta exactly about this, the ease with which people are coerced into giving up their most fundamental liberties?

had to grant him that he had a point. Europe’s once radical movements are now content to confront the greatest injustices with accusatory letters, exclaiming at the atrocities, instead of doing something to stop them, and in Europe they actually discuss to censor criticism of religion again!

We had a very interesting discussion about religion with the group. I think it got especially interesting around the issue of Islam. Most of the group were westerners who came to fight Daesh, and some of them seemed to believe that Daesh’s reign was exactly what Islam was about. I don’t recall many details of the conversation but I remember Aryel saying that the Quran needs to be understood as a complex writing. A part of it is for the time of the time of the prophet, made sense then, was valid then, he said. The other part is for eternity.

I have never heard a devout Muslim say a thing like that before. He had a small Quran that he carried around with him, his unit told me that he used to read it every day at the front. I like to think that Aryel was one of the few people who valued the Quran for what it is – not just a book telling you what to do and what not to do, but something beyond that. A creation of beauty, poetry, philosophy. Of eternity. 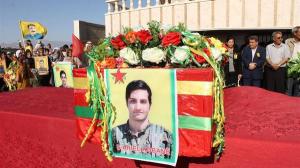 I have been told that some of the soldiers at the front thought Aryel strange. While many of the militia fighters were engaged in dehumanising the enemy as much as possible, he did the opposite. He tried to understand them. One day after they had taken a village from IS many of their unit (they were all militias) started looting and stealing from the deserted homes.

Aryel got angry and told them to leave the homes at peace for when the villagers would come back, but he was ridiculed. They are all IS, they’re not coming back, he was told. (The YPG moral code, which is valued highly by the professional fighters, is very strict about respect for civilian property – but the reality of the militias is far away from it). Still, he wouldn’t accept it.

I’ve not been the closest to Aryel or spent the most time with him. But I liked him a lot. My notebook still bears his name which he scribbled there along with his email and Facebook address in his peculiar handwriting, and reminds me of a day when we hoped to meet again under more – one would say ‘normal’ – circumstances, not in the middle of a war. I met him a quite a lot after he departed to the front, two times there and a couple more in the rear. From all of his troubled unit he was the only one that always seemed to be in high spirits.

The few memories I have of him make me smile every time. How he insisted to brush his teeth in public because according to him there needed to be more people in the Middle East setting a good example. How he, every time we met, required in playful accusation about the international newspapers he had asked me to procure. He insisted on issues from as many different publishers as possible to get an undistorted picture, which I found to be impossible even though I sent people to the other end of the canton to look for them.

I’m not sure if Aryel would accept the label revolutionary. He spoke out against violent revolution at least for Iran in favor of reforms. He believed in a new, free, enlightened Middle East. We doubtless had our disagreements on how to achieve it, but unlike so many supposedly more radical or revolutionary people he decided to fight for what he believed. Aryel was a person of highest integrity.
I couldn’t make his funeral. He was buried in Rojava, close to Dêrik. His family couldn’t come, out of political reasons, just like his body couldn’t be transferred to Iran.

As far as I can tell his death has received far less coverage than that of other international YPG fighters. Maybe he was considered less of an international, just like the many fallen comrades of Turkish origin who are often forgotten. I’ve written this, months after he fell, because I don’t want him to be forgotten. People need to know that he didn’t die in vain. I need to know.

One last thing is important: His last name isn’t Kobanê as was reported (for reasons I don’t know) but Pusaguriyan. I can say this with certainty because he came to me the day after we wrote down his general information and asked me to make this his last name, which I did. I remember how I told myself to ask him what it meant the next time we would meet. It seems so regrettably stupid now that I never did.

Aryel Pusagurian is a freedom fighter, a martyr of Rojava. He shall live on as long as the struggle continues.