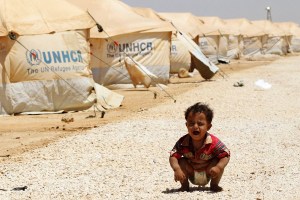 With the troubles in the Middle East showing no sign of de-escalating and the displacement of millions of people in countries such as Syria, Europe has seen the number of migrants and refugees entering Europe pass the 1million mark this year.

The huge numbers of refugees coming to Europe has sparked outrage from right wing groups across the continent fuelled even more with the inept response from European leaders.  The numbers are now four times higher than in 2014.

Most of the migrants got into Europe by sea, risking death of drowning in tiny boats not made for ocean sailing.  Greece had the highest numbers using its shores for point of entry into Europe with a staggering 821,008 migrants! This was followed by Italy with over 150,000.  Other countries where migrants used their boarders to enter Europe were Bulgaria, Spain, and Malta. 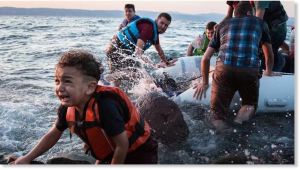 Most of the migrants have come from Syria, Iraq and Afghanistan, as well as Africa and Asia. Nearly 3700 migrants have lost their lives trying to reach Europe, mainly by tiny un-seaworthy boats including very young children.

The Interior Ministry of Germany said this year they have received 964,574 migrants seeking asylum up to the end of November this year.  This includes over 100,000 Eastern Europeans from Albania & Kosovo etc, seeking jobs and a better life than what they already have back in the Balkans.
One of the statistics that have angered many, especially right wing groups has been the percentage breakdowns of the migrants coming to Europe which has been endorsed by the many photos and film footage, showing the majority are male and most of them being of fighting age.
The International Organisation for Migration figures have shown the following breakdowns…
These statistics are shocking when we see the fighting back in Syria showing complete units fighting against ISIS are made up of women.  There is no question that Europe, US, Australia etc should be acting to combat the problem but are we doing enough and are we looking at the wider picture and should we be looking at tackling this problem in a totally different manner?
Maybe we should be looking at the source of the problem more, why are the men I particular leaving Syria instead of fighting ISIS? Is it that they are afraid of fighting? Do they care about their country? What would make them stay? Would they fight if they had the weapons?
Questions that I feel aren’t being asked, would it be cheaper and better long term for both Europe and Syria to help them fight and stay in country rather than continue to support the mass migration into Europe.
Europe and the wider world for that matter cannot swallow up the 21million displaced people in the Middle East, and it is inhuman to just leave people in these mass refugee camps such as on the boarder of Turkey.
By Mike Buss