On Wednesday 25th August, Rush Skatepark played host to the world’s first ever Rocker Mini BMX Jam where Pro-Riders from as far as Europe came to show off their skills and inspire the next generation of kids to take up this latest skatepark craze that is currently sweeping across the US, Europe and Japan in great numbers.

Owner of Rush Skate Park Jerry said “It’s been a huge success! We were not sure how the event would go as it’s the first time it’s been put on in the world” But the event was a huge success with around 200 kids coming to see their BMX hero’s in action and to ride alongside them and pick up tips on new tricks and stunts.

Rocker Mini BMX UK were at the event handing out hundreds pounds of prizes from £5 & £10 cash to even a brand new latest Rocker Mini BMX Bike to a young local lad who was riding around on an old Rocker and the guys from Rocker Mini BMX UK felt that as well as doing some great tricks, he needed a new bike.

The event started at 2pm and went on till 6pm, but kids were there all day in anticipation of the event ranging from all ages from 3yrs old to 18yrs old.  One young boy from Stroud Idris McGrail who was 3yrs old had been riding since he was 2yrs old and when asking his father Dan if he would go pro, he said “I bring Idris to the skatepark regularly so he can practice in a safe environment and improve his skills, so he doesn’t hurt himself, but the more confidence he gains, the harder he rides so I wouldn’t be surprised if he went pro”.

Talking to Harry Main and the guys from Rocker Mini BMX UK about how the event came about they said “It was really from just a chat with the owner of Rush Skatepark that turned into we should do an event and it just evolved from there”.

There was non-stop action in the skatepark with challenges through down by Harry main from who could do the longest wheelie to jumping off a 10ft wall on their bikes, one 13yr old boy who came all the way from London, who recently gained a sponsorship from Rocker Mini BMX was the first to jump off the 10ft wall and land on two wheels to win £20 cash, but only after a second attempt, his first attempt saw the bike land separately and bounce a foot in the air and hit the boy square in the mouth.

Skatepark sports are dangerous and sit in the category of extreme sports, from skateboarding to inline skating to BMX, during the day there were several falls with only one boy who had to be carried off by first aid staff.  Speaking to one excited 10yr old boy call Tim about the dangers of the sport, he just replied “I’ve broken my arm once on a jump, but you just get back on your bike and carry on, it’s the most exciting sport ever, I find other sports like football so boring”.

Rocker Mini BMX bikes were invented as a bit of a joke and although shunned by the very core heart of BMX, the craze is set to stay and thrive over the coming years.  The next big event to be held at Rush Skatepark is the Generate Drinks Sponsored Wild Wheel Showdown – Inline Skate Fest on 24th September where there will be both a Pro Comp and an under 15yrs Amateur Comp with £600 of prize money and giveaways from Superdry, Skull Candy and many other brands supporting the event.

For more information on Rocker Mini BMX and other skatepark sports, check out Rush Skatepark website: www.rushskatepark.co.uk or visit their Facebook page: @RushSkatePark 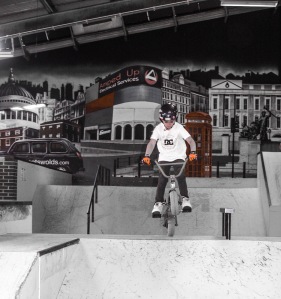 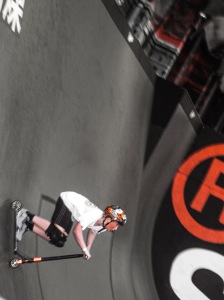 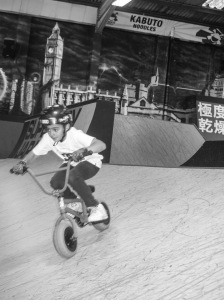 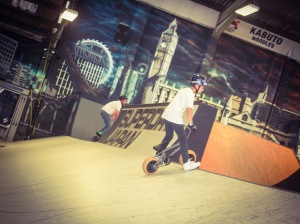 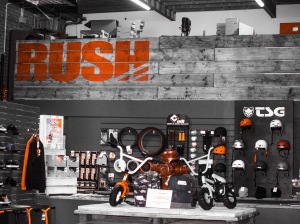 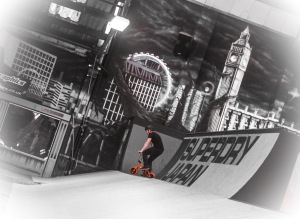 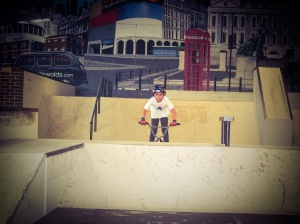